Catching story ideas on the fly 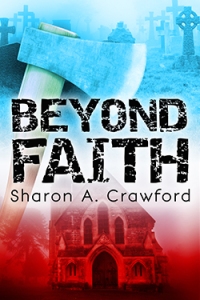 I’m a writer as rarely as possible, when forced by an idea too lovely to let die unwritten.

Our story ideas may not be as esoteric as Richard Bach’s – he wrote Jonathan Livingston Seagull.  Where can we get story ideas and when we get them, what do we do with them?

Story ideas often pop into our heads when we are busy doing something else or more likely when our mind hits a lull. Or we are reading an article in the daily newspaper or the classifieds (online or in print) and our right brain, the creative side, suddenly wakes up. A conversation overheard on a bus, especially those cell-phone monologues, conversations overheard in restaurants can suggest several story ideas, often of the criminal intent. Brochures on community groups, art shows, and even the supermarket flyers can inspire. Take the old (former) Dominion supermarket slogan, “We’re fresh obsessed,” and try to look at a story angle that is fresh. Taking a shower or bath is also guaranteed to fill you with more than water. The Internet is full of potential story ideas. Don’t underestimate the power of dreams. Drugs and alcohol are not recommended as you will see from the following example.

Late one night a photographer friend once thought he had a brilliant idea. He scribbled it down on a piece of paper before he crashed for the night. When he woke the next morning, he looked at the paper. On it he had written, “I am very drunk.”

Another moral from this story is look at photographs. A picture is worth a thousand words, but before the words come the ideas.

What do you do when an idea hits? Grab it before it disappears into the nether area of your mind. Write it down. Keep a notebook (electronic or paper) handy. If you think faster than you type or scrawl, use a recorder for dictating your ideas. If the source is the Internet, bookmark it under the heading “Story ideas.”

Then let the idea rest for at least a few days. The idea will simmer in your subconscious and when you sit down at your computer, the act of starting to write will draw out these ideas. On rare occasions, a simmering story suddenly bubbles and you are compelled to write it right now. Do so – if you don’t you might not only lose the momentum, but the idea as well. Nothing, except maybe a blank screen, is worse than an idea gone stale because it was left in storage beyond its best date.

“Write great ideas down as soon…”

Author of the Beyond mystery novels – whose ideas came from all of the above.

And if you click on the Beyond Faith cover icon at the top, it will take you to the one of the online places the novel is available – as well as more details about the novel itself.

Posted by Sharon A. Crawford on January 11, 2018 in Beyond Blood, Beyond Faith, Beyond mystery series, Beyond the Tripping Point, Finding story ideas in fiction, Novel writing

Tags: Beyond Blood, Beyond Faith, Beyond the Tripping Point, Finding story ideas for fiction, Novel writing, Sharon A. Crawford