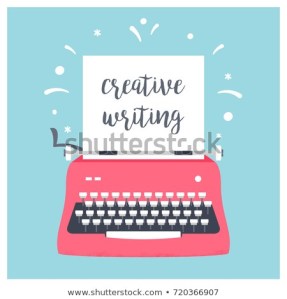 Writers need inspiration to keep them writing. Writers’ tips can also help any writing stumbling block, including the biggie “writers block”. I am a big fan and collector of quotes from other writers and I suppose I have a few of my own. I would hope that my 43 years of writing in journalism to fiction and many other categories (yes, even poetry and TV, but not radio…yet), have taught me several somethings about writing.

A couple of weeks ago I decided to share my collection of quotes and writing tips, one at a time, one post at a time on my Facebook author page. To make it a bit more visual, I add either a graphic or photo, which is related, at least somewhat. Sometimes I repeat the graphic or photo if it is relevant to another quote or tip. I do this somewhat daily, and by that I mean on weekdays, except for statutory holidays in Canada which is where I come from.

But writing, like music, is universal. And, no I’m not going to get into a discussion about which is more valid or creative – they both are. Let’s just say I can’t carry a tune and wish I could. So, words are my creative outlet (as well as my garden, but that’s another story).

My family on my mother’s side had creative members, from one first cousin once removed who played guitar, to another once removed who crocheted, made shell sculptors, to my mom whose creation was sewing everything from clothes to curtains. She also knitted and created a garden. Guess where I got the latter from. I also used to sew (when my left eye wasn’t so bad). When I was pregnant with my son I sewed all my maternity clothes. And around about then I started to quilt, mostly wall-hangings, some pot holders and a throw. I also designed some of the wall-hangings. And except for the throw, I did all  my quilting by hand.

My son, Martin, is a musician. He plays a variety of guitars from acoustic to lap steel to regular electric. He plays in a Toronto-based band called Beams and they tour throughout Canada and the US, mainly in small local venues. He has written some music. I think he gets his music smarts from the other side of the family – his dad’s. His dad plays guitar and still jams with other musicians, although he wasn’t big on public performances. Martin plays guitar right-handed, but his dad plays the guitar like Sir Paul McCartney – left-handed. That must have been fun when his dad gave his acoustic Martin guitar to  son, Martin – changing the strings all around. But here’s the clincher as to where the music in Martin comes from. Both Martin and his dad play by ear – they don’t have to memorize.s

Not like yours truly here who has to memorize every  line in every skit I perform in my book promo. Yet, I can teach a writing workshop without notes. It might go back to when I played the piano, when I took piano lessons from age 8 to 15. Every recital piece I had to memorize and when it was something like Debussy ‘s Clair de Lune, I messed up. Here’s my memoir/creative non fiction essay Don’t Look Down about it (and how it connected with my Mom and Dad) published in Smart Set Magazine the online magazine published by Drexel University.

What I’m saying is “creativity is in the blood” and I want to share it. No not the blood; no vampires here. Just some writing quotes and tips. So here is the link to my Facebook author page.and here is one quote not up there – yet. It seems to be my life’s destiny.

Half my life is an act of revision.

And that also includes my writing, although more like all of it, not just half. 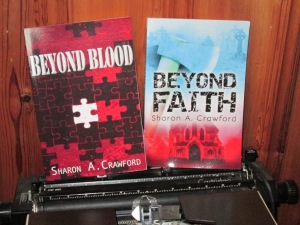 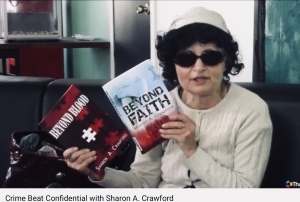 She’s done it again. Private Investigator Dana Bowman has jumped out of Beyond Blood and Beyond Faith to run amok in the real world. Is she going too far? Has she taken over?

When your main fiction character takes over your story, what should you do? Scream? Kick her or him back into the manuscript? Go with the flow (or flood)? Or listen to what he or she is saying?

Often you get so deep into writing your short story, novella or novel  that it seems like the story is getting away from you.  You are sitting there writing away in a creative fog or focus (take  your pick) and suddenly  it dawns on you. Hey, just who is writing the story?

First, take a deep breath. A character getting involved in their story  is not always a bad thing. It is a sure sign that your character is alive and you are deeply connected to his life. You know better how he operates because he is telling you this – or so it seems. That can be a good thing. Maybe your story was getting dull with something missing. Then it was as if your character jumped in to save the story? Your character is also telling you who he is and how he acts and speaks..

Sometimes this character reveal develops your character in ways that makes the plot work better. It is as if you are getting insides from deep down. But….

If your character really seems to have gone off the rails and it is not because he  is drunk, on drugs or hasa psychological condition…then you need to stop and take stock.

Sop writing and sit back. Go over your character descriptions and what you have written in your story so far and remind yourself where you as a writer want to go with this character, with this story and with the two connected.

Are your character’s actions and diaogue things he would do and say in character – even when he is angry; even when he is sad? For example, if your character has a habit of swearing when upset, and suddenly is throwing plates,. you .need to step back and think. Was the situation something that would push your character over the edge? And how would he react when pushed over the edge? This latter would tie in with his traits. For example. if big on justice and the law, and somebody in his life has crossed the line – maybe beat up his spouse – would you main character beat up the wife-beater? Is that how hat character would exact justice? Maybe, if you have made this character the type of person who when pushed too far takes the law into his own hands. Or maybe not.

Sometimes you might just need to sit down and have a conversation with your character and ask “Just what were you thinking when you…?

And yes, I do carry on conversations with Dana bowman. But she still leaps out of the Beyond books and does her thing – which consists of mostly dissing me, her author. And she even says she wrote Beyond Faith.

Now tthat’s when you start worrying about your character taking over.

If you want to see Dana Bowman in action, she opens all my Crime Beat Confidential TV shows on thatchannel.com and here is a link. This is the third episode where Dana actually returns later in the show to do some of the interviewing of our guest, a real life private investigator. At least it gets Dana off my back…momentarily.

Now if Dana would just use some of that energy to take care of the crap in my life – you know cleaning the house, doing the dishes.

But she won’t. I didn’t create her that way. She doesn’t  even cook. It’s her fraternal twin PI Bast Overture who cooks.

Maybe i should rethink Dana and have her take cooking lessons in the next Beyond book. Yeah right. the books are murder mysteries so Dana is liable to poison someone with her cooking..

The tools of creative writing

Sometimes we get too caught up in the tools of our writing  trade. Our computers act up and give us grief. Or we can’t get on the Internet and can’t connect with anyone. Or…or…

Hold on a minute. Aren’t we forgetting the other tool of the writing trade? Our imagination. Which leads to being creative. Which leads to some interesting and creative writing.

It you can’t get online, count it as a blessing in disguise. Or a message from the universe to get writing. If the computer is misbehaving, try another way to write. Type on a typewriter – you know that ancient pre-computer method of creating story. Sure, not as good as a computer (copy and paste it was not).

Do any of you even have an old typewriter hidden in your basement or attic? Try a garage or yard sale. Old school, I know. But remember I’m going on the thread that you can’t get on line. But for your info, typewriters are available on e-Bay.

Create a story in your mind and tell it out loud. And if you have a recorder – digital or otherwise – that can operate without being connected  – record your story.

Or if all else fails, go back a century or two and do what writers did then. Write with pen and paper.

And maybe write about the problems and pitfalls of writing while being connected.

And yes, fellow and sister writers – I do have an old typewriter. It’s an electric typewriter. Not the best choice if there is a power outage.

Guess I’m heading for some  yard and garage sales.

How do you get writing when the technical tools of your trade let you down and give your grief? 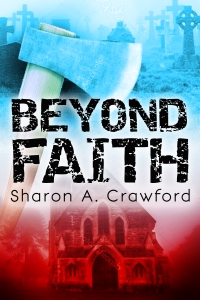 My third Beyond mystery. Written creatively despite computer snafus.