Beyond Faith has a Book Launch date

Sharon A. Crawford and Dana Bowman have an announcement to make:

Book Launch for Beyond Faith is set up and here are the details so far.

Book Launch for Beyond Faith by Sharon A. Crawford

More details as they come and more in a future post on Michael Dyet, the other author whose book is being launched the same day. For  now I’ll just say Michael writes literary fiction and I write crime fiction and that is an interesting mix. Meantime, check out Michael’s website.

Michael is known as The Metaphor Guy. 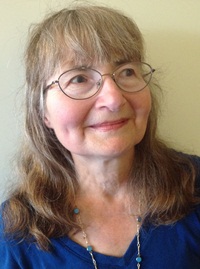 Hey, and Dana Bowman here too.

Dana Bowman PI from Beyond Faith

Sharon A. Crawford’s latest in the Beyond series

We are bombarded with electronic devices in our daily lives and that includes TV shows. Sometimes the story gets lost in all the “bells and whistles.” But what about books? In particular novels set in present time? Should authors overwhelm the reader with smart phone usage, social media and the like?

A story in the May 2016  issue of The Walrus writes about this conundrum. Here writer Naben Ruthnum, discusses how some authors like best-selling author Joy Fielding skirt around it. While summarizing the story lines and acknowledging that the story is important, Ruthnum wonders how long this approach will be relevant in our digital/social media obsessed society?

Ruthnum writes “By ignoring the contemporary reality of instant communication, authors such as Fielding are preserving the nail-biting satisfactions of their art. But how much longer can these books provide escapism-seeking readers with relief given that their trick of withholding details is in direct conflict with our expectation that information always wants to be free?” (bolded part is mine).

That’s a big point with mystery novels – readers get temporary relief from a mad mad world and that includes overdoses of electronic media leading to overwhelm.

Yes, mystery novels do imitate reality. But the reality is what the story is about, the story’s setting and its characters. As in real life, not all people are digitally proficient; nor do they all immerse themselves in the whole digital/social media life-style. So, Fielding and other authors have to be true to that. And they are.

Personally, after all the over-abundance of bells and whistles on some TV shows set in present time (not futuristic and not fantasy), I prefer a somewhat toned-down digital presence in the novels I read (and write for that matter).

Many mystery novel authors handle this digital business very well. Marcia Muller’s PI Sharon McCone has a nephew who handles all this digital stuff so only what is necessary to the story is told. McCone gets to do what she does best – personal investigation while her nephew helps out on the digital end.

Mystery novel authors like Peter Robinson, acknowledge the digital aspect – his police officers have smart phones (they are called mobiles in England) but his main character Alan Banks doesn’t investigate by being glued to his smart phone or sitting in front of his computer (which some consider passe these days). He does what police should be doing – gets off his butt and interviews people, as well as following suspects in his car.

And yes, Robinson makes use of one current technology available to police in most cities world wide – CCTV- the police surveillance cameras on public city streets.

And I do the same in my Beyond books. Perhaps the short story collection Beyond the Tripping Point is the best example as stories in there take place in different time periods – 1965, 1980s, 1999 and present day. So for the first two – no technology-infested society. In 1999, where my fraternal twin PIs, Dana Bowman and Bast Overture are introduced, technology is relevant to the time – so I have cell phones (that have antenna and fold closed), Polaroid cameras for “instant” photos, and dial-up Internet connection, but with email functions. (Note: in Canada DSL didn’t get going until late 1999 – after the four “twins” stories in BTTP. I should know. My computer techie son’s computer business at that time was testing one of the DSL’s in 1999 and in late fall1999, my son hooked up my computer o one of the first DSL’s provided. Dana uses a computer for basics such as email and leaves all the computer technology to her brother. So in my third Beyond book (which I’m still rewriting), which is set in November and December 1999, I have computers – desktop and laptop – using DSL. There are also onlinr forums involved which Bast accesses – but it is all part of the plot and the twins’ investigation of a case. And birth record searches (which is part of the novel’s plot) were not online then (I checked with Service Ontario on this one), so Bast has to go into the Ontario Government dept. office to do an in-person search.

My BTTP stories set in present time do use electronic realities such as CCTV and smart phones. In fact one story, the main character is obsessed with using her device but that is part of the plot. The plot, the story is never buried in electronic devices.

Which is what Peter Robinson and many other mystery novelists do. Use the current technology (or technology for the time period of your novel) as it applies to  your story. Don’t make the technology the story unless that is your plot.

A happy medium often works best. Besides, we mystery novel readers need a rest from the over-indulgence of digital on TV in other areas of our lives. And that’s one reason I like reading from my Kobo (I do still read print books). Not a lot of flashing digital nonsense. And the print size is bigger – better for my fading eyesight (left eye)

Our eyes and brains need this respite, this escape from too much digital.

What do you think?

And on another note, I will be part of a panel (along with Ali Cunliffe and Susan Viets) about Self-publishing from both authors and editors perspectives. Hosted by the Editors Association of Canada, the panel/seminar will be held in Toronto Tuesday, April 26, from 7.30 p.m. More information on my Gigs and Blogs page here and also on Editors Association of Canada website.

Again click on the Beyond Blood icon at the top to find out more about my Beyond books. At least we have this digital function today.