Tag Archives: Boy on the Bicycle

Recently taped Episode 2 of Crime Beat Confidential my TV show on thatchannel.com. My guest was Nate Hendley, a true crime writer whose latest book The Boy on the Bicycle is creating a lot of buzz. The book is about a little known (until now) miscarriage of justice in the mid-1950s in Toronto the (supposedly) Good. A then 14-year old teen, Ron Moffat was wrongly accused of murdering a seven-year-old boy, arrested, tried in court, found guilty and spent some time in jail before the real killer (a serial killer) was found. Now Ron joins Nate for their public presentations, including the book launch.

I met Ron at the book launch. Ron is a gentle soul who has been through a lot but he has come through on the other side of a dark tunnel. You need to read his story as told by Nate. Here is a link to Nate’s current blog post on it.

And below is a direct link to the Crime Beat Confidential TV segment on it. Private Investigator Dana Bowman, the main character in my Beyond mystery series , as usual introduces the segment, but she gets serious for a change. She is a mother, so…

I do the actual interview. You will learn a lot from Nate in this TV segment.

Dana Bowman does the Crime Beat Confidential into 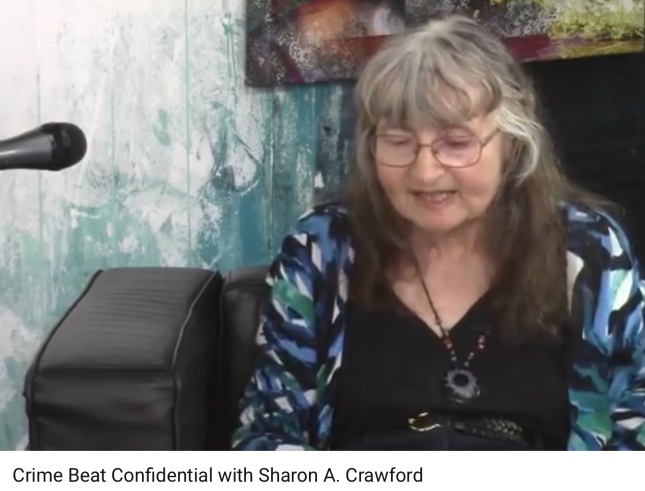