RSS
← New Beyond appearances for Sharon A. Crawford
Using bad life events in your writing →

Behind the scenes at Crime Beat Confidential 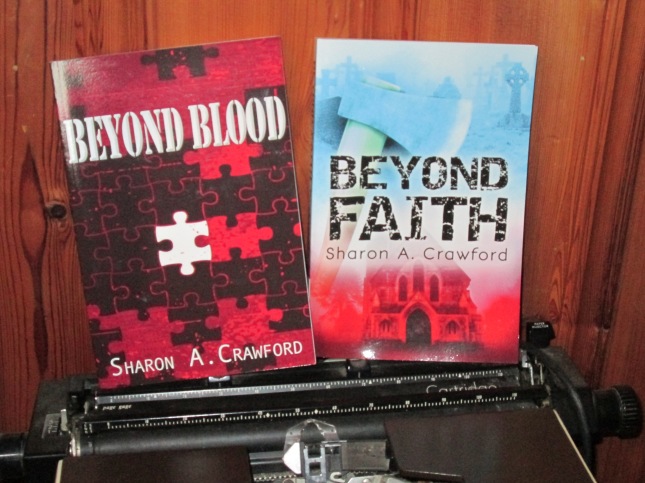 I should have expected something like this when even getting my guest interviewee didn’t go smoothly. My guest-to-be is a very busy writer, but very interesting. I had met her before so I’m not talking through the proverbial hat. She was out of town most of the summer and when she finally was back she had one day she could tape the show. So I booked the time for taping at That Channel, sent my guest an outline of the show. (This is not investigative journalism, but informative and entertaining and always focusing on something in the crime area.)

The day of taping was a sunny fall day – not really cold, and not rainy so no worries about water getting into my basement. So what could go wrong?

Almost everything. When I arrived early at the studio I found they had no Internet access (this is an Internet TV station) and they couldn’t tape the show on time. But someone was working to fix the technical problem. Everyone was friendly and there were lots of people in and out, so that when my guest arrived, she was having a lot of fun meeting everybody and seeing what all was going on at the station. Story idea popped into her head for the newspaper where she once worked as a staff writer. I’m used to all this going on (except the technical problem) so I take it all in stride. Meantime, I got ready for my main Beyond book character, PI Dana  Bowman to do her introduction. We were then  given an update when we would be able to start taping and finally got in the studio close to 5 p.m.

We took our places – my guest, Cathy Dunphy, former staff writer for the Toronto Star newspaper and now the president of a group of mystery writing women and two men called Mesdames of Mayhem, in the sidelines as Dana took her seat in the interview setting. Chris, the technician gave her the cue to start and so Dana went full throttle into her combination rant and intro about the guest. She finished and Chris said, “That was great, but it didn’t tape so we have to do it over.” So, we did, without mishap.

Cathy had to be somewhere else in another part of Toronto by 6.30 p.m. so I was filled with rushing to get back on the set and get going. Translation. I changed from Dana to me without doing something I usually do – look in the mirror to see if my hair was okay. And so, Cathy and I sat down in the set area; Chris tested the mics and then went behind the curtain to do his technical  magic. He gave us the signal to start and we were off to the races.

The actual taping went well – no technical difficulties and we were able to leave in time for Cathy to make her 6.30 event only two minutes late and that is after she stopped at Valu-mart to pick up a sandwich for her “supper”. And then pick up her car to drive the rest of the way. I bought a few groceries and returned home by public transit.

A few days later Chris sent  me the video to peruse and come up with a title and blurb. So I started to watch. Dana was fine and so was Cathy. But my hair looked as if I had collided with a windmill – bangs all askew. And for some reason only on TV the colour doesn’t come through as it really is. I know that latter because not only does my mirror tell me so, photos taken of me also show it as so. Outside of a bad hair day, the show went very well, especially with two mystery reading addicts talking to each other. See for yourself in this photo not with Crime Beat Confidential

What do you think of the show?

Sharon A. Crawford and PI Dana Bowman signing off.

← New Beyond appearances for Sharon A. Crawford
Using bad life events in your writing →